Five ways to know your characters before you even meet them 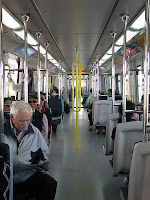 There's no getting away from it, at some point, normally very near the start of your project, you're going to have to come up with a character list, and if you write for television, stage or screen you're most likely going to have to submit that character list as part of a proposal before you've even written the story. So how can you possibly know your characters before you've even got to know them? Here's how.

Be specific not prescriptive

Being vague about a character may allow you the space to develop them later, but you'll be doing it without the commission. Saying a character is 'good' or 'bad' isn't going to cut it. Like all strong writing you need to find the specific word - the telling detail - that really captures the essence of that character. What is it about her that is good? Is she honourable, trustworthy, loyal? If you get this right at an early stage you won't be restricting your story but providing germinal seeds of character that will blossom into fully formed people informing and driving your plot.

Understand the relationship between character and characterisation

This is the key to being able to define your characters without making a decision you'll later regret. If it's important that the character has worked hard all their lives but you're not sure what job they do, don't make one up for the sake of it – that's something you can leave for later – just specify the work ethic. On the other hand, if the piece is called 'Death of a Dustbin Man' then you have to mention it. This is the decision you have to make – the character elements that are essential to the story you want to tell.