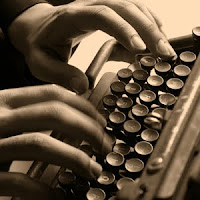 Everybody talks about 'showing' and 'telling', far less about 'suggesting', but it’s the things that are suggested, the subtleties that lie within the spaces in between that will make your writing far more than the mere words you type.

But the very attempt to define and articulate those things can kill them dead – trying to create recognition in the reader can lead to cliché, foreshadowing can become foretelling, subtext dragged into the front-story.

The key is deftness, your touch must be lightweight – and in truth when you're in the creation phase, you're best not to think about them at all, concentrate on your characters and story, and developing your skill, and these things should happen. You can then tweak and refine them later.

But for the master-technicians amongst you, here are four subtle techniques deconstructed.

A great term to impress your writer mates down at the critique group, coined by the Russian Formalists to describe the technique of representing familiar things in unfamiliar ways. Too often writers try and arouse our interest by detailing ever more unique and preposterous plots, places and situations, while the true master will describe to us what we already know, but in ways we never thought of, simultaneously triggering recognition whilst also throwing new light on our own lives.

If you give something its name, say an apple, then you borrow all the cultural and linguistic baggage the reader carries with them. They will know the object you have named, and with their own particular associations - but if you describe that object as if you'd never encountered it before, you will be using defamiliarization. It's often used for comic effect, or to make ludicrous something we take for granted – a love scene can become gruesome, a murder scene poetic. Anything is possible.

Foreshadowing really means just good writing. It's what makes plot developments plausible and character transformations believable. If your male lead has been a stay-at-home house-husband for the entire novel, we're not going to buy it when two pages from the end he suddenly reveals his ninja-like skills in a vigilante kill-crazy rampage – if that's going to happen we have to see the essence of that within his character right from the start; we have to see the makings and beginnings of that transformation.

Mood and setting are often used to foreshadow events – very often you watch a movie and you know five minutes after the intro sequence that it isn't going to have a happy ending.

Foreshadowing should not be confused with foretelling – foretelling is much more explicit e.g. 'The day I died started normally enough…' Foretelling can provide narrative propulsion, but it's not a subtle technique, whilst foreshadowing is - the reader shouldn't be aware they've been 'foreshadowed' – perhaps just a sense of foreboding.

Subtext is the difference between what appears to be happening, and what is actually happening. It's most easily explainable within the context of scenes, which I've discussed a number of times before. It's the thing that will make a dialogue scene truly great, and the lack of it the prime reason for ropy dialogue.

This is a simple enough technique, but a very powerful device for creating suspense and/or anticipation in the reader. Dramatic irony is where the reader is aware of events that the characters aren't. If the reader knows there's a madman with a knife in the bedroom of the hero, but the hero doesn't – then you have created anticipation in that reader.

My example isn't particularly subtle, but it can be used with subtlety. If the reader has knowledge of a character - say he has dubious sexual intentions – then for our vulnerable heroine to throw herself at his mercy has more dramatic power than if we knew nothing about him.

If you can inject your writing with some of these elements, then you're well on the way to greatness.

Watch this space for a post about things that great writers DON'T do.