Get others to make your writing mistakes for you 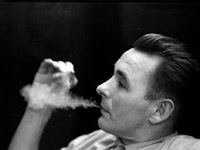 You can often learn more from bad writing than you can from good. Reading (or watching) something excellent will make you forget the mechanics and get swept away with the story and at the end think to yourself – wow, how the hell did they do that? You probably find this happens less and less the more you write – as you learn the science some of the magic is bound to get lost. The upside is that you can start to get value from badly written stories – which means less wasted time.

Doing this requires honing three core skills – the ability to ascertain what is wrong with a piece, the ability to understand why it is wrong, and lastly how to fix it – and those things get harder to do in that order. The best way to develop these skills is to join a critique group. Hell, join several. One of the real advantages here is that it's far easier to see other peoples mistakes than it is your own, and so often through the prism of critiquing you'll start to recognise in others the mistakes you make yourself.

Once you've developed those critical faculties, you can then apply them to all the cultural product you consume on the radio, music, tv or theatre – any medium that has a narrative. Before you know it you won't be able to help yourself.

Here are some mistakes I recently learned from people who actually got paid for it.

The true meaning behind dialogue should be subtextual

If your characters are all so well-adjusted that they know exactly what they want, and are confident enough to articulate it to the relevant characters, then you're not going to have much of a story.

Character 2: Really? Gee, I fancy you too – shall we get married?

Character 2: You don't think we should have been more oblique and uncertain and prolonged this for a few more pages?

Character 1: No, that would require us to have some real hang-ups and be far too interesting.

Dialogue is not monologue – if it was, it would be called monologue.

The revealing of back-story is not story

No one cares about the back-story if the front-story is shit. If the back-story is where the interest lies, tell that story. That doesn't mean that previously un-revealed back-story can't be earth-shattering, but only because it throws an already great front-story into relief. Luke Skywalker discovering who Dad is is a great example of this.

Characters must be contextually convincing

So you thought you'd have an Eton educated man working in McDonalds? Interesting, but only if you address why he ended up there. Throwing up a dramatic question is only interesting if you attempt to answer it - not doing so can make your interesting situation just plain irritating.

Things should happen because putting those characters in that situation will have inevitable consequences. Incidental events can happen, but they are interesting because of the effect they have on the characters, not because of the events themselves. True character is revealed at moments of crisis.

You see, that's the sort of stuff you can learn before you make the same mistakes.
Email Post